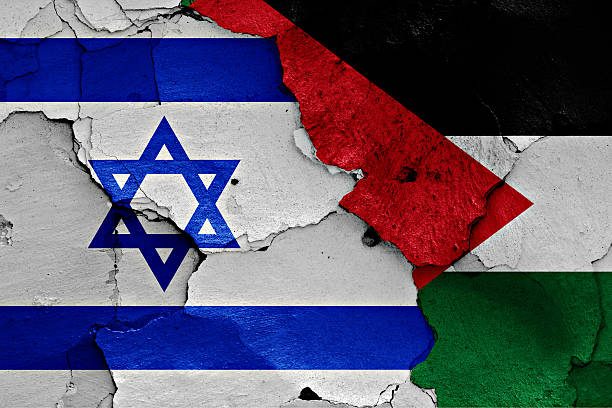 Over the last 74 years, ever since the Israeli Declaration of Independence was signed in 1948, the economy of Israel has undergone a series of free-market reforms and was also liberalized. The 1970s and 1980s witnessed rapid economic growth, with the GDP per capita increasing faster than the increase in wages.

However, despite several attempts at maintaining peace, the conflict between Israel and Palestine continues to play a major role in Israeli and international political, social and economic life.

This article attempts to explain the sequence of events that followed in three major aircraft hijackings that have taken place. All these hijackings were planned and executed by Palestinian militant groups who demanded the release of Palestinian prisoners held in Israel.

The most notable among these, is the Hijacking of Air France A300 supported by Ugandan dictator Idi Amin which led to Operation Entebbe and a lot of mass killings of Kenyans who helped Israel in carrying out this raid.

So, let’s deep dive into the details of each of these hijackings.

On 23 July 1968, the El Al Flight 426 was scheduled to fly from Rome to Tel Aviv. After the aircraft departed from Rome, two hijackers (who were identified as members of the Popular Front for the Liberation of Palestine) forced their way into the cockpit and threatened the pilots to fly the plane to Algiers. A third hijacker threatened the passengers with a pistol and unpinned hand grenade.

Within 24 hours of landing in Algiers, all of the non-Israeli passengers (23 people) were flown back to Rome and released. On July 27, 10 remaining females and 3 children who were also on board were released. So, by then, 12 Israeli men (seven crew and five passengers) remained as prisoners of the Algerian Government.

The hijackers, with Algerian backing demanded the release of more than 1000 prisoners by Israel. However, after a global boycott of Algeria by the International Pilot’s Federation, a deal was reached in which Israel released 16 Palestinian Prisoners.

On September 1, 1968 the 12 Israeli hostages were released and flown to Tel Aviv. The $ 6 million Boeing 707 flight was also returned. The passengers were held hostage for 40 days making it one of the longest hijacking incidents in Israel’s history. No one had lost their lives but the era of political hijackings and attacks had just begun.

On 8 May 1972, Sabena Flight 571 was a scheduled passenger flight from Brussels (Belgium) to Lod (Israel) via Vienna. This plane was hijacked by four members of the Black September Organisation (a Palestinian terrorist group).

As per their instructions, Flight Captain Reginald Levy landed the aircraft at Lod Airport which is now known as the Ben Gurion International Airport. There were 90 passengers and 7 crew members that were being held hostage in this plane.

The attack was planned by Ali Hassan Salameh (Chief of Operations for Black September) and was carried out by two males and two females who pretended to be two couples. The attackers were armed with two handguns, two hand grenades and two belts of explosives.

The Hijackers entered the cockpit 20 minutes after take-off. They separated the Jewish hostages from the others and sent them to the back of the aircraft. After the plane landed, the hijackers demanded the release of 315 convicted Palestinian terrorists imprisoned in Israel and threatened to blow up the airplane with its passengers if they were not released.

On 9 May 1972 at 4:00 pm IDT (Israel Daylight time) the rescue operation began. A team of 16 Sayeret Matkal (a special forces unit of the IDF – Israel Defence forces) commandos, led by Ehud Barak and including Benjamin Netanyahu, who both later became the Prime Ministers of Israel, approached the aircraft disguised as aircraft technicians in white coveralls.

Having immobilized it during the preceding night, they convinced the hijackers that its hydraulic system needed repair. They then stormed the aircraft, killing both male hijackers within two minutes. They also captured the two female hijackers and rescued all 90 remaining passengers.

Three passengers were wounded in the exchange of fire, one of whom later died of her injuries.

Netanyahu was also wounded during the rescue when another commando, Marko Ashkenazi, accidentally discharged his gun as he used it to hit one of the hijackers. The bullet passed through her and penetrated Netanyahu’s bicep.

The two female hijackers were eventually sentenced to life imprisonment for 220 years. They were freed in November 1983, in a prisoner exchange after the 1982 Lebanon War.

Sabena continued to operate the aircraft for another five years, until it was purchased by Israel Aircraft Industries. It was eventually sold to the Israeli Air Force, and served as a spy plane for many years, participating in most of the Air Force’s long-range operations.

Captain Levy, retired in 1982 and died of a heart attack, at a hospital near his home in Dover on 1 August 2010. The hijacking took place on his 50th birthday.

On 27 June, an Air France Airbus A300 jet airliner with 248 passengers along with 12 crew members was hijacked by two members of the Popular Front for the Liberation of Palestine – External Operations (PFLP-EO) and two members of the German Revolutionary Cells.

The flight, which had originated in Tel Aviv (Israel) with the destination of Paris, was diverted after a stopover in Athens via Benghazi (Libya) to Entebbe, the main airport of Uganda.

At Entebbe, the four hijackers were joined by at least four others.

These demands were released on 28 June, almost 24 hours after the flight landed at the Ugandan Airport.

The Ugandan government supported the hijackers, and dictator Idi Amin, who had been informed of the hijacking from the beginning, personally welcomed them.

After moving all hostages from the aircraft to a disused airport building, the hijackers separated all Israelis and several non-Israeli Jews from the larger group and forced them into a separate room. Over the following two days, 148 non-Israeli hostages were released and flown out to Paris. Ninety-four, mainly Israeli, passengers along with the 12-member Air France crew, remained as hostages.

The IDF acted on information provided by the Israeli intelligence agency Mossad. This hijacking led to the planning of the rescue operation. These plans included preparation for armed resistance from the Uganda Army.

The Israeli government also approached the US and the Egyptian government for help, but to no avail. They debated for over a week on whether the hijackers demand should be met.

The Israelis although, were successful to get an extension in the deadline from 1 July to 4 July, which later proved to be fatal for Idi Amin and the hijackers.

When the government failed to negotiate a political solution, they decided that their only option was to attack and rescue the hostages.

While planning the raid, the Israeli forces had to plan how to refuel the Lockheed C-130 Hercules aircraft they intended to use while en-route to Entebbe. The Israelis lacked the logistical capacity to aerially refuel four to six aircraft so far from Israeli airspace.

While several East African nations, including the logistically preferred choice Kenya, were sympathetic, none wished to incur the wrath of Amin or the Palestinians by allowing the Israelis to land their aircraft within their borders.

The raid could not proceed without assistance from at least one East African government. The Israeli government secured permission from Kenya for the IDF task force to cross Kenyan airspace and refuel at what is today Jomo Kenyatta International Airport. Kenyan Minister of Agriculture Bruce MacKenzie persuaded Kenyan President Kenyatta to permit Mossad to collect intelligence prior to the operation, and to allow the Israeli Air Force access to the Nairobi airport.

The Jewish owner of the Block hotels chain in Kenya, along with other members of the Jewish and Israeli community in Nairobi, may also have used their political and economic influence to help persuade Kenya’s President Jomo Kenyatta to help Israel.

Uganda’s Ambassador to Lesotho, Isaac Lumago, overheard some of the details of the operation from Kenya Air Force officers and forwarded the information to  Amin. An ex-agent of Uganda’s intelligence service stated that Amin was terrified of possible reprisals in case his troops actually fought the Israeli military, allegedly resulting in him ordering that the Uganda Army should not open fire on Israeli aircraft during a possible raid.

The Mossad had an accurate picture of the whereabouts of the hostages, the number of hijackers, and the involvement of Ugandan troops, based on information from the released hostages in Paris. Further, the Israeli army consulted with Soleh Boneh a large Israeli construction firm that had built the terminal where the hostages were held.

While planning the military operation, the IDF erected a partial replica of the airport terminal with the assistance of civilians who had helped build the original.

The Israeli forces landed at Entebbe on 3 July at 23:00 IDT, with their cargo bay doors already open. A black Mercedes car that looked like President Idi Amin’s vehicle and Land Rovers that usually accompanied Amin’s Mercedes were brought along. The Israelis hoped they could use them to bypass security checkpoints.

When the aircrafts landed, Israeli assault team members drove the vehicles to the terminal building in the same fashion as Amin. As they approached the terminal, two Ugandan sentries, aware that Idi Amin had recently purchased a white Mercedes, ordered the vehicles to stop.

The first commandos shot the sentries using silenced pistols. This was against the plan and against the orders – the Ugandans were to be ignored, as they were believed not to open fire at this stage. An Israeli commando in one of the following Land Rovers opened fire with an unsuppressed rifle. Fearing the hijackers would be alerted prematurely, the assault team quickly approached the terminal.

The operation took a week of planning and lasted 90 minutes. Of the 106 remaining hostages, 102 were rescued and three were killed. The other hostage was in a hospital and was later killed. Five Israeli commandos were wounded, and one, unit commander Lt. Col. Yonatan Netanyahu, was killed. All the hijackers and forty-five Ugandan soldiers were killed, and eleven Soviet-built MiG-17s and MiG-21s of Uganda’s air force were destroyed.

Operation Entebbe, which had the military codename Operation Thunderbolt, is sometimes referred to retroactively as Operation Jonathan in memory of the unit’s leader, Yonatan Netanyahu.

Amin ordered the killing of hundreds of Kenyans living in Uganda in retaliation for Kenya’s assistance to Israel in the raid. Uganda killed 245 Kenyans, including airport staff at Entebbe. To avoid a massacre, approximately 3,000 Kenyans fled Uganda as refugees.

The hijacked aircraft’s pilot, Captain Michel Bacos, was awarded the Legion of Honour, and the other crew members were awarded the French Order of Merit.

As a result of the operation, the United States military developed rescue teams modelled on the unit employed in the Entebbe rescue. One notable attempt was Operation Eagle Claw, a failed 1980 rescue of 53 American embassy personnel held hostage in Tehran during the Iran hostage crisis.

Idi Amin was deposed as Uganda’s dictator in 1979, less than three years after the operation.

Out of the three hijackings, two attempts were successfully deflated by the Israeli government. However, many lives were lost in the aftermath of the incidents.

Despite several efforts made to settle the ongoing dispute between Israel and Palestine; wars, hijackings and hate crimes keep recurring from time to time. We can only hope that humanity prevails over the greed for power and innocent lives are saved.

I hope this article was interesting and sparked a new line of thought in your mind.

Until next time, Happy Reading 😊