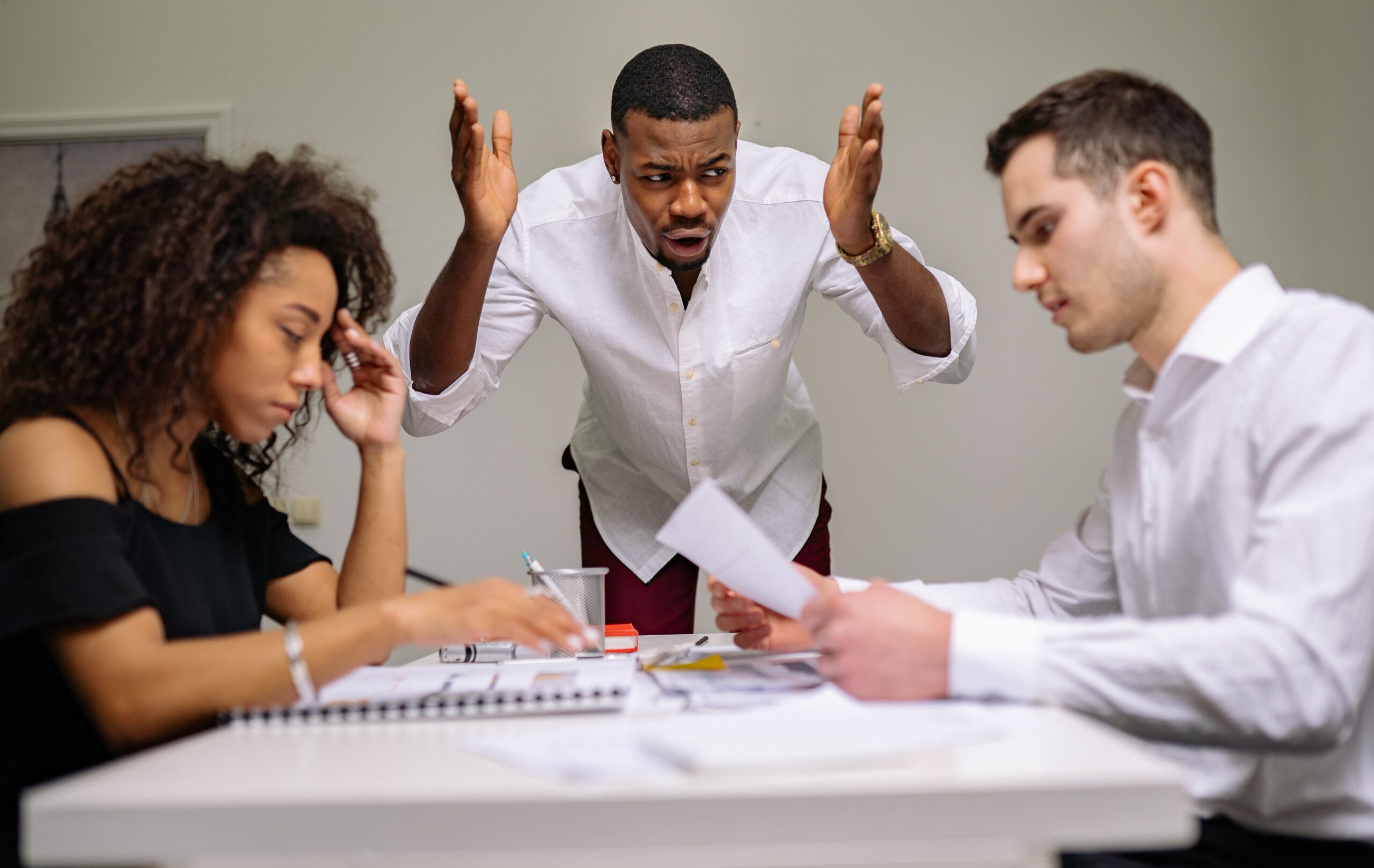 Everyone is unique in their own way. Your thoughts and opinions might not match with someone else’s.

That is what makes everyone so special.

However, Man is a social animal and we need to co-exist. But because of differences in opinion, everyone might not agree with everything someone else says or does.

This is the root cause of any argument.

Disagreements, Debates, Arguments, no matter what you call it, arise due to a difference in opinion or belief.

Arguments take place everywhere; right from your home between siblings up to the parliament between the ruling and opposition parties.

People are always advised and taught not to argue. You should come to a consensus without arguing.

Well, I beg to differ.

That’s right. You should argue and place your thoughts on the table.

The objective of this article is very clear; to change the mentality that arguing is bad. It is not.
Arguments have various benefits and advantages, that wouldn’t arise had there been no argument.

Before I begin, I would want to put a disclaimer that, arguments are advantageous up to a certain limit.

Just like anything in excess is bad, the same goes for arguing as well.

In the case of constructive arguments, the persons involved in the disagreement almost always come up with a common consensus or point of agreement and solve the issue.

However, destructive arguments might lead to physical fights, harming or hurting one another, etc.

These arguments are solely for proving your point and satisfying your ego. There is absolutely no net benefit that any of the parties in the argument get.

Today, in many organizations, various brainstorming groups are created that consist of people with different points of view and who are not likely to agree with each other very easily.

This leads to constructive arguments that generate a variety of innovative ideas, plans, and strategies that the company can implement in order to achieve a higher growth rate.

So, without further ado, let’s get started on the reasons why you should argue.

Many a time, we tend to think only in one particular direction as far as a particular topic is concerned.

When we discuss this topic with someone else, they may hold a different point of view and a completely different perspective.

This might lead to an argument/discussion, and you would gain a lot of insight as to what led him/her to think the way they thought.

Getting an idea about the different ways the same thing can be looked at helps you in your career as well as in your personal development.

It will make you more innovative, creative, ambitious, knowledgeable, etc.

You must remember that, while looking at a cube from a particular angle, you will only see a square. Only when you adjust yourself and get into someone else’s shoes, can you see the whole cube!

But just having a discussion does not do much good.

A discussion is more informal and tends to blend into another topic and another and another. The issue you are talking about is soon forgotten and there has been no value addition.

There might be no right or wrong, but by arguing about it, you have gained insight into so many other things that the other person said, that you might have never even thought about.

This broadens your horizons and you would start developing a much broader mindset, as compared to those who don’t generally argue with anyone.

But all set and done, you need to remember a few things while having an argument. This is because there is a very fine line of difference between constructive and destructive arguments.

It does not take a lot of time for an argument to get ugly and turn into a fight.

The following are a few pointers that you need to bear in mind while having an argument with someone:

Arguments are a great way to improve and close the communication gap between two individuals.

There are various studies that suggest that siblings that fight and argue often are more likely to have a strong and healthy relationship in the future.

When you argue with someone not only do you get a different perspective, you also get an insight into the way that person thinks.

In this way, you will get to know him/her better.

Moreover, there are various non-verbal cues that you might notice while arguing with a person.

For example, if a person starts looking down while arguing, it means he/she accepts that they might be wrong and what you are saying makes much more sense.

These non-verbal cues are again going to improve your communication (other than the argument) with that particular person.

Arguments are also a form of communication. And to build and develop any relationship, the most important aspect is always communication.

People often tend to have this stereotype in their mind that if a couple or if two people are arguing, they might be having issues in their relationship.

On the other hand, it might just be a simple disagreement.

You might have heard this phrase quite often;
“Fighting only brings you closer”

Well, that is definitely true.
All age-old sayings always have a deep meaning and truth in them, just like the above phrase.

The more you argue, the more you come closer since you know how the opposite person thinks, how he/she reacts to certain situations, their likes, dislikes, etc.

#03 Your Speaking skills will improve

It does not matter how much I emphasize it, but as humans, we are kind of made in such a way that we feel like we have to win an argument.

Well, as the saying goes, “If you cannot defeat your enemy, befriend it”.

Let’s try to benefit from this ‘winning every argument’ mindset as well.

When we want to win an argument, we are bound to put the most logical and impressive points on the table in a skillful way.

Thus, arguing improves your speaking skills as well, to a great extent.

That is why you need to argue with people more often.

This might not sound right to you, but go back to the table of contents and look at all the benefits that arguments have.

Now, some of you might say that you are not a speaker or a teacher, or an orator, and improving speaking skills will not be of much use.

Hold on right there, folks.

If you think only teachers or entrepreneurs or salesmen need training for speaking skills, THINK AGAIN.

We live in a world where for us to get anything done we need to COMMUNICATE.

There are different forms of communication, you could communicate by sign language, expressions, non-verbal cues, pictures, etc.

But most certainly you are also going to talk. Almost 75-80% of all communication that happens during your day would be by actually speaking to another person.

In order to get your point across to the opposite person, you need to sharpen your speaking skills.

If you notice that what you are speaking and what is being interpreted by the other person is different, there is definitely a cause for concern.

But don’t worry, you don’t have to join any expensive course to practice your speaking skills.

You just need to do one simple thing,

The best way to do this is to communicate and talk to new people every day.

And when you communicate, there are bound to be a difference of opinion on certain topics.

This would then lead to an argument which will again help you improve your thought process and of course your communication skills.

It is also important to make a conscious effort to put valid points across, during an argument.

Many a time, it so happens that in the pursuit of wanting to win the argument, people often:

If you do any of the above things, it is time to STOP now!

It is neither you, nor it is helping anyone else. The only thing you are bringing to the table is,
Entertainment for the spectators of the fight.

So, learn to channelize your emotions and also practice having arguments without doing any of the above-mentioned things so that you can utilize the benefits of arguing rather than seeing it in a negative way.

#04 You Learn to resolve conflicts

Like I mentioned before, try to close all arguments with a definite conclusion.

Only one of two things could have happened:

Closing the argument will help you make the most out of all the benefits discussed above.

Most importantly, you will learn to resolve conflicts.

And if you are a professional working in the industry, you would know how important conflict resolution is.

All companies have conflict resolution teams in place so that any disagreement or fight or argument can be timely resolved in order to maintain a cordial working space.

This conflict resolution that you learn through participating in and closing out arguments will also help you in your personal life.

When you live with your family or your spouse, there are many fights that take place. This does not mean that the people in that family or the couple does not love each other.

But, since you are a master conflict resolver, these fights can quickly be resolved without hurting your relationship with the other.

In closing, I would like to say that, try to change your mindset about arguing and start taking all arguments as a learning lesson for you to become a better version of yourself 😉

That is it from me.

I hope you found this article helpful, let me know in the comments section below how you have been able to resolve the arguments you have had.

Still, thinking about improving your speaking skills? Check out the following articles:

Until then, Happy Reading 😊